Silence is King (by Yehuda Berg)

This came to me in my inbox today, and I felt the message so simple and beautiful, I just had to share. Please enjoy...

There is a story about a king who did not have any children to succeed him. He called his closest advisors and gave them each a seed to plant, telling them, "Whoever best cultivates the tree within these seeds shall reign over my kingdom after me."

Years passed and time came for him to step down. He called his advisors to the royal garden to review their work. All of the trees were gloriously bountiful and colorful except one. It had not even broken ground.

The king approached the gardener of the unborn tree and asked him what happened."Your highness, I did my best. I watered the seed daily, spoke to it with love, used the best nutrients, and made sure it enjoyed hours of direct sunlight. I'm sorry to have disappointed you, but not even a root sprouted."

"My son," the king responded, "you shall be the next king."The advisors looked at the king in shock. The king continued. "You see, instead of giving you each a seed, I gave you each a small, smooth pebble. Most of you couldn't bear the thought of not succeeding, of not being the best, so you planted a 'real' seed.

Only one of you had the integrity and honesty to do your best with what you were given. That man will be your next king."

I share this story with you because it so clearly illustrates what being a teacher is all about — and we are all teachers. It's not about the bells and whistles. It's not about good looks or fancy words. It's about honesty, integrity, and dedication. It's the willingness to make the best of what you've been given, even if it's not what fits the mold. It sometimes means working long and hard hours at a relationship, with not so much as a thank you.This week, take measure of the spiritual work you do in silence. The silence is what magnifies the "noise" we make in the world.

All the best,
Yehuda

** Isn't it so simple, so true? Often we add to what we are given, feeling we are unable to make enough with it.

Have an amazing day,
Alethea Anderson
Posted by Unknown at Sunday, May 31, 2009 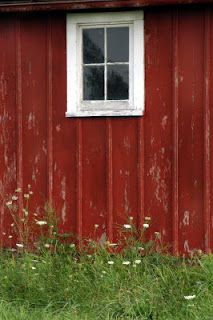 An Old Farmer's Advice" Everything happens for a reason and this email landed in my email box at the perfect moment, though the original author is unknown I still felt a need to share the message. I believe there are no coincidences in life, and the message within these simple phrases are indeed plain, yet profound in the same breath. Often we over analyze, over think and over do. When all we have to do is follow common sense, follow our hearts and just 'be' while we enjoy living in the present moment.

May the Fourth Be With You... 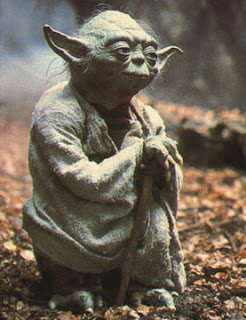 "Use the Fourth Luke, use the fourth..."

Did Yoda just get done at the dentist? (I don't know if Yoda even has teeth?) [lol] Did Luke get fed up with forcing the force and give him a fat lip?

But it somehow made a days worth of a top ten Trending Topics on twitter with the hash tag code #starwars as people across the planet wished eachother 'Happy Star Wars Day!'

Now I don't even know if this is an 'official' day or a twitter created event. Well, let me google it and see. (please hold one moment please)

Thank you for holding... Well, evidently I was in some worm hole of a time warp. Star Wars Day is indeed a 'day' of sorts. Check it out on Google. Aand according to Wikipedia...

"May 4 is called Star Wars Day because of a pun or play on words based on the similarity between "May the 4th be with you" and "May the force be with you", a phrase often spoken in the Star Wars movies.

Despite efforts to start a Church with 4 May as its Star Wars Day, as of 4 May 2009 there is no religion-supporting organization that promotes 4 May as Star Wars Day."

Okay, so this work at home Mom learned not just ONE but TWO new things today. Star Wars Day is indeed a day, deemed by someone out there. And, I had no idea that a group was attempting to form the Jedi Church. I wonder what they worship, Jabba the Hut?

Well I'll be! Happy Star Wars Day folks, and May the 4th be with you!

Email ThisBlogThis!Share to TwitterShare to FacebookShare to Pinterest
Labels: may the 4th be with you, star wars day
Newer Posts Older Posts Home
Subscribe to: Posts (Atom)