The Good Ship Lollipop, it's a SWEET time to start a Home Business 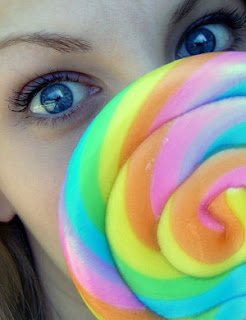 The Fact is, the People of the United States are in a PANIC

The economy appears to be crumbling around us, and many are feeling the squeeze.

When there is a 'recession' or when financial strife seems to be everywhere there is one thing we have to remember.

The money is not GONE, it has simply SHIFTED. It may not be stimulating the same areas it was stimuluating before, but it is stiumlating other areas now.

Many seem to think that all the money went POOF and vanished off the face of the Earth. The News Media gives the impression that we are a poor country running 'out' of money and that our walls are crumbling in on the economy that holds us in place.

The reality is, the same amount of money is circulating around the United States, it is just swirling around in different sweet circles!

For Network Marketing and the Home Based Business arena, this is indeed SWEET news! People are running in droves to the Good Ship Lollipop because they are seeking change. They are exploring the possibilities and reaching towards higher stars.

When a J-O-B (just-over-broke) dictates your life (when you can take vacation), dictates your money (paycheck to paycheck) and dictates your future (stuck in a dead end job until you retire) some people are trapped in the rut.

But when this J-O-B dissapears, there is confusion. "What do I do now? I had it all planned out!" People start looking for something, a 'way' to change their life for the better.

"When one door closes, another door opens..."

They have a choice at this point, and many are opting for the Good Ship Lollipop!