The Law of Attraction in the Bible

Over the years I have found that many whom believe in the Law of Attraction (LOA) are often more "Spiritual" than they are "Religious". Meaning that they do not follow an organized religion, do not go to church, do not claim to be of a certain religious denomination.

I'm not saying that religious persons do not believe in the LOA, just that from my personal experience it seems often they frown upon things such as "The Secret" or even the thoughts of Dr. Wayne Dyer and/or the Abraham channel from Ester and Jerry Hicks. 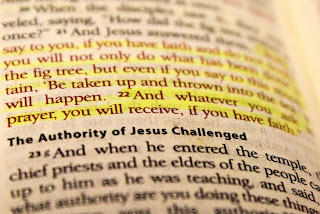 The reason I bring up this topic today is that  I received a religious mailing and included within was a picture of Jesus with the quote "And all things, whatsoever you shall ask in prayer, believing, you shall receive." St. Matthew. 21:22

I found this fascinating as The Secret and the LOA often refer to the concept of 'ask, believe, receive'....

The more I study different beliefs, the more I realize the foundations are far more similar than they are different...